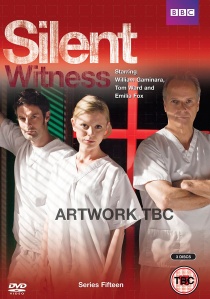 Released on DVD by 2entertain on 14th June 2012, one of the BBC's most popular and long-running dramas Silent Witness is back for its 15th series, promising to be as sexy, cerebral and suspense-filled as ever. Forensic pathologists Dr. Harry Cunningham (Tom Ward), Dr. Nikki Alexander (Emilia Fox) and Professor Leo Dalton (William Gaminara) painstakingly examine the bodies of the deceased to search for vital clues that may reveal the cause of death.

1. Death Has No Dominion - The team attend a triple murder at a farmhouse, where the investigating detective, DI Connie James, wastes no time making her presence felt. The pathologists soon make a breakthrough when DNA found at the scene matches that of a mysterious female serial killer - although Nikki has cause to question the direction they are heading in. The case is proving difficult for Leo, however, whose mind is in turmoil following the suicide of an old friend. Harry persuades Connie to disobey orders and test DNA evidence from the original investigation and Janet is called in to help build the personality of the female serial killer. Leo is still troubled by the suicide of his friend Lizzie Frazer, prompting Nikki to dig deeper into the murder of the woman's sister ten years before.

2.Domestic - Harry is disturbed to be called to a crime scene at the home of a family he knows and finds the bodies of the mother and her teenage daughter, while her stepson lies in a coma - although her toddler has been left unharmed. The police suspect the woman's husband to be the killer - but the pathologist is not so sure of his guilt. The double-murder investigation reveals more about the tangled lives of the inhabitants of Magnolia Drive. Harry makes a significant discovery about the dead woman's stepson Charlie, found lying in a coma at the crime scene, while Leo sets out to recreate the shape of the mystery weapon, with the help of forensic scientist Gill Bailey.

3. Paradise Lost - Nikki is furious with Leo when he re-examines a child abuse case by her former mentor, leading to conflict between the pathologists. But she soon has more to worry about when a workman at the centre reveals how his mother is being manipulated by a convicted serial killer into searching for his hidden teenage victims. As the team tracks down the detective who originally worked on the Arnold Mears case and examine the church he visited as a boy, the killer is furious that the police have been made aware of the undiscovered bodies. Eventually, he agrees to talk, but only to Nikki. Can she outwit the scheming convict and compel him to reveal the whereabouts of the corpses - and Annie?

4. Red Hill - There is little sympathy when child-killer James Wade dies in his cell, but Leo's encounter with dying ex-prison inspector Rachel Kruger compels him to investigate the notorious Redhill jail - only to come up against a wall of silence. Meanwhile, Harry meets Wade's sister Miriam and agrees to help find her brother's killer. Harry and Nikki dig deep into DI Bridges' past and soon make a significant discovery. Leo is determined to get at the truth about the murder of ex-prison inspector Rachel Kruger and decides to follow violent officer Kessler - but before long he finds himself in dangerous territory.

5. Fear - Leo visits old college friend Sean Delaney at his psychiatric care centre in Essex, where one of the patients was found dead in her bed. Although the coroner ruled a verdict of sudden death syndrome, Delaney is not convinced and asks Leo to investigate. Suspicion soon falls on the dead girl's father, who has lost the family fortune and his wife - but the pathologist runs into problems when the local detective sergeant gives him a less-than-warm welcome, making it clear she is suspicious of his motives. The team delves deeper into the circumstances surrounding Eve's death. Leo confronts the girl's mother and comes close to what actually happened the night before her daughter died, while Harry and Nikki track down the nun who performed the exorcism - and are shocked by what they find. Psychiatrist Sean turns his attention to Eve's brother John, who believes he is also possessed by the demons that haunted his sister - is history about to repeat itself? Or, more crucially, does anyone care?

6. And Then I Fell In Love - Nikki sees a barefoot girl being knocked over by a car, marking the beginning of a case that takes the team into the harrowing world of sex grooming and prostitution for underage girls. The police know the teenager has been abused but the question is, by whom? Suspicion soon falls on her stepfather. Meanwhile, an early-morning bath saves Harry's life and two puzzling corpses are brought in to the centre - a heavily tattooed man and a decomposed body found at the airport. Nikki uses facial reconstruction to identify the decomposed body found at the airport and she and Harry make a crucial connection between the dead girls and sex-grooming victim Shannon, who is later returned to her family. But when her stepfather learns about her ordeal, he vows revenge on the men who abused her. 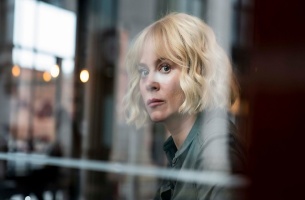 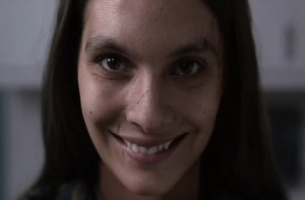 In this world, there are heroes and there are villains. Heroes don't kill people!