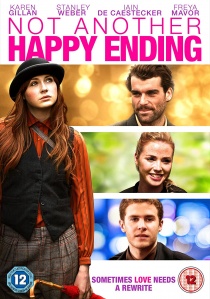 In Not Another Happy Ending, released on DVD on 10th February 2014 courtesy of Kaleidoscope Home Entertainment, a struggling publisher discovers his only successful author is blocked he knows he has to unblock her or he's finished.

With her debut novel, Happy Ending , Jane Lockhart (Karen Gillan) pulled off that rare double critical acclaim and mainstream success. But now, with just the last chapter of the follow-up novel to write, she encounters crippling writer's block. She has no idea how her story ends...

This is not good news for her publisher, Tom. His company is up against the wall financially and the only thing that will save him is a hit, in the form of Jane s next novel. When he discovers that his most important author is blocked, Tom knows he has to unblock her or he's finished.

Everyone knows you have to be miserable to write well and Tom realises that the only way he s going to get her to finish the novel is to make her life a misery. With the help of his best friend and cynical, child-hating high school teacher, Roddy, he sets about trying to dismantle the things in Jane s life that make her happy.

Meanwhile, Jane s block spirals out of control to the point where her fictional characters, twiddling their thumbs in the not-happening novel, intrude into her real life. Her heroine, Darsie, is terrified that Jane won t give her the ending she desires because Jane has given up on her own happy ending.

Will Tom, or Darsie, manage to get Jane writing again and create a happy ending for everyone? 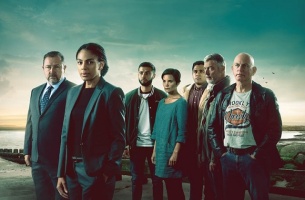 HotUHD
Just as relevant and incendiary now as it was three decades ago, King of New York returns 16th November 2020 on 4K UHD with guns blazing in this definitive special edition from Arrow Video, including a new director-approved 4K restoration. END_OF_DOCUMENT_TOKEN_TO_BE_REPLACED
Top PicksView