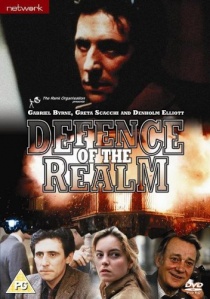 Network will release BAFTA award winning political thriller Defence Of The Realm (PG), on 28th January 2008. It is a tense, gripping tale of intrigue, murder and corruption that will whet the appetite of any film lover. Gabriel Byrne (The Usual Suspects) is the young, ambitious newspaper reporter Nick Mullen, who follows up an anonymous tip-off, and uncovers a scandal involving a member of Parliament, a call girl and an East German military attaché.

Very soon both Nick and fellow reporter Vernon Bayliss (Denholm Elliott - Bad Timing) find themselves in over their heads. Death and destruction quickly ensue, and Nick realises that not only does the story go far deeper than what they initially thought, but that Vernon perhaps manages to find out more than is good for him...

This is clever, believable Brit thriller with a well-constructed tale of conspiracy at its core. The story is inventive and bears enough twists to satisfy fans of good, fast-paced suspenseful plot that showcases a superb performance from Gabriel Byrne (in his first major role), Greta Scacchi and Denholm Elliott. 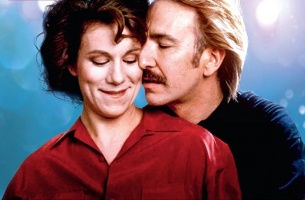 HotDVDBD
Truly, Madly, Deeply, Anthony Minghella's award-winning film, starring Juliet Stevenson and Alan Rickman, will be re-released by from BBC Worldwide on DVD on the 5th March 2018 as well as on Blu-ray for the first time ever. END_OF_DOCUMENT_TOKEN_TO_BE_REPLACED
Comments
Hot Pick