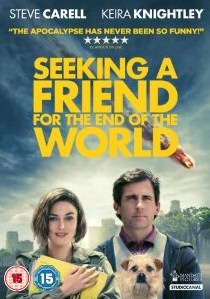 NewsSteve CarellKeira Knightley
News Article Go back to homepage
Set in a too-near future where time at once stands still and is slipping away forever, taking audiences on a humorous, moving and intimate journey against an epic backdrop of Earth's final days, Seeking a Friend for the End of the World, out to own on DVD and Blu-ray on 5th November 2012 from StudioCanal.
Rob Huebel, Roger Aaron Brown, Connie Britton, Adam Brody, Keira Knightley, Steve Carell
Lorene Scafaria
Kelli Konop, Nathan Kahane, Steve Golin, Nicole Brown
StudioCanal
1 hour 41 minutes
05/11/2012
Thank you for supporting DVD365.net when you order using the link(s) below. As an Amazon Associate we earn from qualifying purchases
Buy DVD
Buy BD
Information

Taking audiences on a humorous, moving and intimate journey against an epic backdrop of Earth's final days, Seeking a Friend for the End of the World, out to own on DVD and Blu-ray on 5th November 2012 from StudioCanal, is the feature directorial debut of screenwriter Lorene Scafaria (Nick & Norah's Infinite Playlist). Set in a too-near future where time at once stands still and is slipping away forever, the writer/director explores what people will do and how they will feel when humanity's end is near.

A 70-mile-wide asteroid is en route to Earth and the last best attempt to counter it has failed. Also failing is the marriage of soft-spoken insurance salesman Dodge (Golden Globe Award winner, Steve Carell) - the breaking news that the World will end in an estimated 21 days prompts his wife to leave him on the spot.

Safe and reserved, Dodge is a man who has always played by the rules of life, while his neighbour Penny (Academy Award nominee Keira Knightley) is an extroverted woman who hasn't.

As much as Dodge has avoided life; Penny has been diving in head first and from these opposite perspectives, both initially choose to navigate the impending end of the world with blinders on. Dodge declines joining his friends in increasingly reckless behaviour, while Penny fixates on her relationship issues with a self-absorbed musician.

The two misfits first meet when Penny has a rough night and then again when she belatedly delivers Dodge a lost letter, which could alter Dodge's future; it is from his high-school sweetheart Olivia, the love of his life. When a riot breaks out around their apartment building, Dodge realizes that he must seek Olivia out before it's too late while Penny makes the decision to spend her last days with family in England. Seizing the moment, Dodge promises to help Penny reach her family if she will provide transport for the two of them in her car immediately. She agrees and they escape.

On the road together, the unlikely traveling companions' respective personal journeys accelerate and their outlooks on life - if not the world's - brighten. 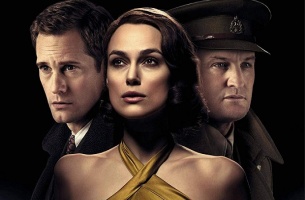 BD
In Brian And Charles, released on DVD and Blu-ray 10th October 2022 from Mediumrare, an inventor lives alone in a remote village in the countryside, inventing useless things out of found objects in his garage. That is until ... END_OF_DOCUMENT_TOKEN_TO_BE_REPLACED
Top PicksView