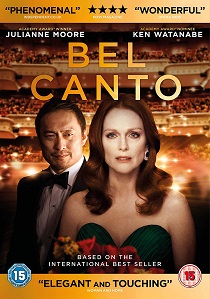 Based on Ann Patchett's best-selling novel, Bel Canto is a dramatic love story that follows a famous soprano (Julianne Moore) who travels to South America to give a private concert at a party for a wealthy Japanese industrialist (Ken Watanabe).

Just as the glittering gathering of diplomats and politicians convenes, the mansion is taken over by a guerrilla rebel group demanding the release of their imprisoned comrades. Threats are made, lives are lost, a tense negotiation begins, and a long standoff ensues.

While they are confined to the house, the hostages and their captors, who speak different languages, are forced to find ways to communicate. Music, especially the beautiful arias performed by Moore's character, sparks a shared sense of camaraderie and even love, uniting the disparate housemates as they form unexpected bonds, overcome their differences, and discover their shared humanity. 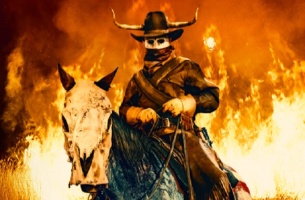 HotDVDBDUHD
Arriving just in time for your pre-Halloween horror movie marathon, featuring more action, suspense and thrills than ever before, The Forever Purge is released on 4K, Blu-ray and DVD 18th October 2021 from Universal Pictures (UK). END_OF_DOCUMENT_TOKEN_TO_BE_REPLACED
Comments
Hot Pick