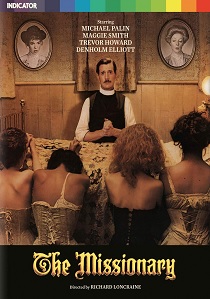 Monty Python alumnus Michael Palin writes and stars in this ribald comedy of sex and sensibility. Timid Reverend Charles Fortescue returns to London in 1906 after ten years of service in Africa to start a mission to save the fallen women of Soho. But his dedication to tending to the needs of those in his care soon meets with the disapproval of the church and his patron.

Released 24th June 2019 from Powerhouse Films, this world Blu-ray premiere edition boasts a stunning new 2K restoration from the original negatives, supervised and approved by cinematographer Peter Hannan and director Richard Loncraine, finally enabling the film to be seen in its original 2.35:1 theatrical aspect ratio for the first time ever on any home video format. 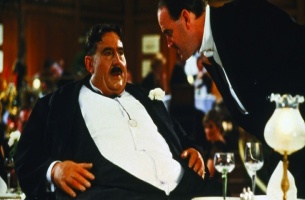 Monty Python's The Meaning Of Life

HotUHD
Those six pandemonium-mad Pythons are back with their craziest adventure ever with Monty Python's The Meaning Of Life released in 4K for the first time 12th September 2022 from Universal Pictures (UK). END_OF_DOCUMENT_TOKEN_TO_BE_REPLACED
Comments
DVD Releases News Pick

DVD
In The Black Phone, released on DVD and Blu-ray 3rd October 2022 from Warner Home Video, a teenage boy is abducted by a sadistic killer and discovers a phone in his basement cell that allows him to communicate with the killer ... END_OF_DOCUMENT_TOKEN_TO_BE_REPLACED
Top PicksView