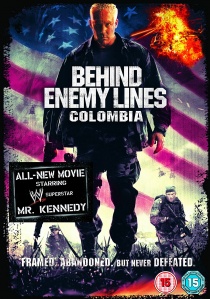 Shot on location in Puerto Rico and directed by Tim Matheson (Animal House), Behind Enemy Lines: Columbia follows the stranded soldiers as they use their special training and intelligence to stay alive and prevent an international disaster.

The third edition of the action-packed film franchise is produced by Michael Lake (12 Rounds) and Jeff Freilich (Burn Notice), and stars a stellar supporting cast that includes; Joe Manganiello (How I Met Your Mother), Channon Roe (Dirt, Windfall) and Chris Johnson (South Beach). Loaded with special features, the DVD includes six behind-the-scenes featurettes; with The Big Guns: Military Action on Film and Colombia Norte: On Location in Puerto Rico providing an inside look at the making of this explosive sequel.

A team of Navy SEALS get sent on a recon mission into dangerous Colombian territory following the bombing of a Bogotá factory, believed to have been carried out by the rebel guerrilla group FARC. As they reach the FARC base, they become drawn into an ambush by armed gunmen during which two of their men are killed and one taken hostage. Much to their surprise the remaining members of the team are branded as war criminals following a false report of an unauthorized raid by US military forces and the assassination of high-level officials for FARC and the Colombian Army. The SEALS must now clear their names and rescue the hostage.

3D-BD
The surviving members of the resistance face the First Order once again, and the legendary conflict between the Jedi and the Sith reaches its peak as Star Wars: The Rise of Skywalker is released on ... END_OF_DOCUMENT_TOKEN_TO_BE_REPLACED
Top PicksView 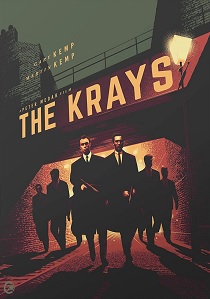 Two of Britain's most notorious brothers The Krays were taken on by another famous pair of siblings The Kemps in Peter Medak's big screen gangster biopic set for a Limited Edition Blu-ray release from Second Sight Films on 12th July 2021.