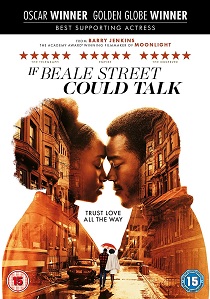 A timeless love story featuring stand-out performances from the young cast and an Academy Award winning performance by Regina King (Best Supporting Actress), the critically-acclaimed If Beale Street Could Talk, starring Kiki Layne and Stephan James, will be available to download and own on DVD and Blu-ray this June.

In early 1970's Harlem, nineteen-year old Tish is in love with young sculptor and father of her unborn child Fonny. When Fonny is falsely accused of rape and imprisoned, Tish and their families set out to clear his name before the baby is born. As they face an uncertain future, the young lovers experience a kaleidoscope of emotions - affection, despair, and hope - in a love story that evokes the blues in a place where passion, prejudice and sadness are inevitably intertwined.

Written and directed by Academy Award winning writer and director Barry Jenkins (Moonlight - Winner, Best Picture Academy Award) and based on the stunning novel by iconic author James Baldwin, If Beale Street Could Talk is the beautiful tale of how love and hope can endure the greatest of challenges.

If Beale Street Could Talk is released on DVD and Blu-ray 17th June 2019 from Entertainment One. 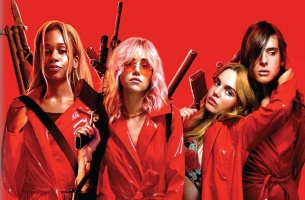 DVD
In Brian And Charles, released on DVD and Blu-ray 10th October 2022 from Mediumrare, an inventor lives alone in a remote village in the countryside, inventing useless things out of found objects in his garage. That is until ... END_OF_DOCUMENT_TOKEN_TO_BE_REPLACED
Top PicksView