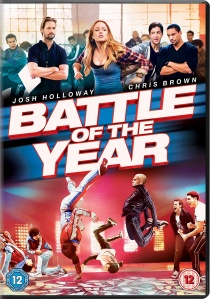 B-Boys fans can learn new footwork and explore the making of the movie with kickin' bonus features, including two behind-the-scenes featurettes. "This Is Planet B-Boy: Inside the Culture" explores the evolution of the B-Boy dance style and culture, while "Preparing for Battle: Training & Rehearsals" features choreographers, cast and filmmakers on what it took to put all of the dance sequences together.

Brace yourself as the world's best B-Boy teams hit the stage in the most intense dance tournament. The Battle of the Year competition is an all out war of mind-blowing dance moves, explosive routines and electrifying displays of skill and imagination. The American team, a group of underdogs, is pitted against the world's elite as they tear it up in their struggle for the top spot with the help of their coaches, Blake (Holloway) and Franklyn (Peck). Set to pumping beats and an amped soundtrack, the All-Star dream team thrills in this epic dance-off.

Directed by Benson Lee from a screenplay by Brin Hill and Chris Parker, the film was produced by Beau Flynn, Amy Lo and Tripp Vinson. The executive producers are Glenn S. Gainor, William Packer and Rich + Tone Talauega. 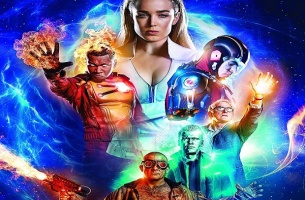 HotDVDBDTVBoxset
After saving the world via the power of song and themed entertainment, the Legends deal with the aftermath of last season's finale in Legends Of Tomorrow: Season 5, released on DVD and Blu-ray 21st September 2020 from Warner Home Video. END_OF_DOCUMENT_TOKEN_TO_BE_REPLACED
Comments
UHD Releases News Pick

UHD
Fast forward to the 1980s as Wonder Woman's next big screen adventure finds her facing a wide array of foes including Max Lord and The Cheetah as Wonder Woman 1984 flies in on Blu-ray and 4K UHD 22nd March 2021 from Warner ... END_OF_DOCUMENT_TOKEN_TO_BE_REPLACED
Top PicksView