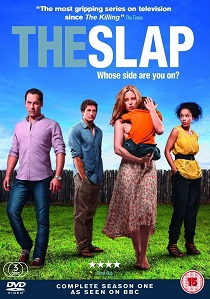 Based on Christos Tsiolkas' multi-award winning and best-selling novel and as seen on BBC4, Revolver Entertainment is pleased to announce the 3-Disc DVD Box Set release of eight-part Australian television drama, The Slap on 9th January 2012.

Currently airing on BBC Four, The Slap has transfixed audiences across the UK and become a major household talking point, with its controversial and headline-grabbing storyline. The Slap is a bold and provocative portrait of middle-class Australian life as it traces the shattering repercussions a single event has on a group of family and friends.

The series starts at a suburban backyard barbeque, as a tight-knit group of long-standing friends attend a 40th birthday party; the food and wine flows and the guests enjoy a long, lazy lunch. Amongst the alcohol, camaraderie and a children's cricket game, a man slaps a child who is not his son...

The Slap explores what happens when the veil of civility that binds us as a society, is ripped apart by one disturbing action. It brings to life and raises vivid questions of parenting, the rights of children, race, class, sexuality and the different perspectives between men and women.

Christos Tsiolkas' novel was hugely controversial upon release but none-the-less sold in huge numbers and garnered much acclaim, particularly in the UK. The Slap was awarded the prestigious Commonwealth Writer's Prize in 2009 and was long-listed for the Man Booker Prize in 2010. Says Tsiolkas of The Slap's on-screen adaptation; "The experience of suddenly seeing these fictional characters from my imagination, in flesh and blood, was truly humbling and awe-inspiring. It felt like the perfect cast".

The 3-Disc DVD Box Set of The Slap will include the series' eight, 51 minute episodes, alongside never-before-seen and exclusive bonus features. Bonus features include; cast and crew interviews, an extensive making-of documentary and deleted scenes. 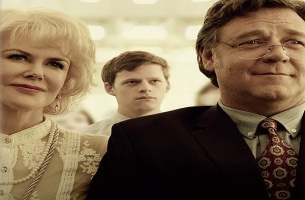