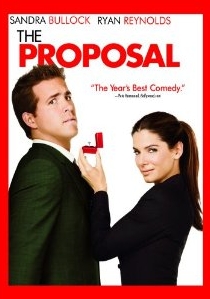 It's the most unlikely office romance in history as Sandra Bullock and Ryan Reynolds pair up in The Proposal, coming to Buena Vista Home Entertainment Blu-ray Hi Def and DVD on 30th November 2009. The full length film is available in a two disc Blu-ray Combi Pack that includes the film in both Blu-ray and DVD format, as well as a single disc DVD edition.

In this year's hit rom-com from Director Anne Fletcher (27 Dresses), an assertive boss and her long suffering assistant find themselves in a match made in hell as they trade boardroom bickering for a less than loved up engagement  but will business become pleasure for the odd couple?

When high-flying publishing executive Margaret Tate (Sandra Bullock  The Lakehouse) is told she faces deportation to her native Canada, she confronts the problem in her own formidable style by forcing her young assistant Andrew Paxton (Ryan Reynolds Adventureland) to marry her.

Promising an ambitious Andrew a lucrative promotion in exchange for her hand in marriage, high drama and hilarious antics quickly ensue as the incompatible couple fall under the suspicion of immigration. They are soon in a race against time to convince both the authorities and themselves that they are genuinely in love.

The film is set in both the corporate corridors of New York and on the scenic shores of Alaska, where the couple head to play happy families with Andrew's quirky parents. The movie features a pedigree supporting cast, including Mary Steenburgen (Step Brothers), Craig T Nelson (Blades of Glory), Malin Akerman (The Heartbreak Kid) and a scene stealing Betty White (Bringing Down the House). Sparks soon fly as the usually abrasive and controlling Margaret is introduced to Andrew's unpretentious and delightful upbringing, and starts to sample what it's like to be part of something she had long forgotten  a family...

Can a marriage of convenience really become true love? With laugh-out-loud comedy, witty dialogue and sizzling chemistry, The Proposal proves that cupid can strike even the unlikeliest of couples.

Featuring a wealth of bonus material, including a never before seen ending and outtakes from the making of the movie, this must-have DVD is the perfect gift for the one you love (or haven't realised you do yet). 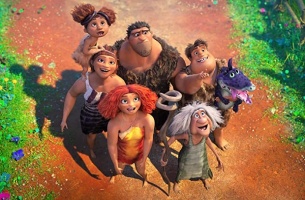 HotDVDBD
The first prehistoric family is ready for another rocking adventure as The Croods: A New Age arrives on DVD and Blu-ray 18th October 2021 from Universal Pictures (UK). END_OF_DOCUMENT_TOKEN_TO_BE_REPLACED
Comments
Hot Pick

HotDVDBDDIGITAL
With stunning revelations, glamorous journeys, and the arrival of the Jazz Age, Downton Abbey: A New Era, released on DVD and Blu-ray 15th August 2022 from Warner Home Video, will be the Crawleys' biggest adventure yet as they grapple with their future and new intrigue about ... END_OF_DOCUMENT_TOKEN_TO_BE_REPLACED
Top PicksView