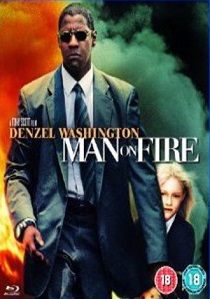 News
News Article Go back to homepage
Bring some sunshine into your life this winter with the heart-warming Little Miss Sunshine, released to buy for the first time on Blu-ray on 9th February 2009 from Twentieth Century Fox Home Entertainment. Also exploding onto Blu-ray on the same date is Man on Fire, the gripping, action-packed suspense thriller, starring Denzel Washington.
Twentieth Century Fox Home Entertainment
Unknown
09/02/2009
Thank you for supporting DVD365.net when you order using the link(s) below. As an Amazon Associate we earn from qualifying purchases
Buy BD
Information

Bring some sunshine into your life this winter with the heart-warming, hilarious, and highly original Little Miss Sunshine, released to buy for the first time on Blu-ray on 9th February 2009 from Twentieth Century Fox Home Entertainment. Also exploding onto Blu-ray on the same date is Man on Fire, the gripping, action-packed suspense thriller, starring two time Academy Award® winner Denzel Washington. This high-definition award-winning double-act includes something for everyone, with all the stars, action and adventure you could wish for!

Starring Steve Carell, Greg Kinnear, Toni Collette, Abigail Breslin and Alan Arkin, Little Miss Sunshine tells the poignant yet funny story of the dysfunctional Hoover family, as they are thrown together on a cross country road trip filled with mishaps. The Hoovers squeeze into the family's temperamental old VW van to drive the 800 miles from their home after seven year Olive (Breslin; Signs) has qualified, by default, for the finals of the Little Miss Sunshine beauty pageant in California. With no shortage of setbacks and challenges along the way, the road trip is a mix of comedy highs and lows and tragic revelations that bring the family together for the journey of their lives.

Panic is rising in Man on Fire as Mexico City is becoming overrun by organised crime, and kidnappings are out of control. With compelling supporting performances by Christopher Walken, Mickey Rourke and Radha Mitchell, Man on Fire stars Denzel Washington (Training Day) as ex-CIA operative and assassin John Creasy, who has lost faith in humanity. Things begin to change for him when he is hired to protect a wealthy couple's nine-year-old daughter Pita (Dakota Fanning; Uptown Girls), but suddenly take a turn for the worse when Pita is snatched from Creasy's watch.

As he starts to tear away at the underworld's infrastructure, Creasy takes apart all involved and exposes the ugly truth that the city is run by a corrupt and sophisticated organisation which he must destroy. Directed by acclaimed director Tony Scott (True Romance, Enemy of the State), Man On Fire on Blu-ray is guaranteed to take you on a high-definition heart-stopping rollercoaster ride of revenge and betrayal, while Little Miss Sunshine is set to become a favourite Blu-ray that will bring a smile to your face over and over again! With both discs boasting a host of fantastic special features including exclusive new High-Def content, prepare yourself for these exceptional adventures and be sure to capture a copy on Blu-ray!