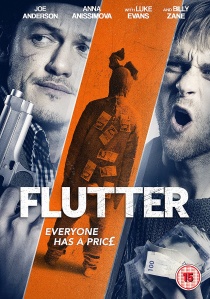 Chancer John (Joe Anderson; The Grey, TV's Hannibal) lives for playing the odds - and he's always willing to take a calculated risks. But when he meets the mysterious and beautiful Stan (Anna Anissimova; Whistleblower, The Father of Invention) he discovers there's much more to gambling than just greyhounds and horses. Lured by her huge payoffs, John finds himself sucked into a surreal and dangerous world ruled by money, power and control. He's about to find out that the stakes have never been higher...

Continuing in the tradition of crime classics like Lock, Stock and Two Smoking Barrels and Snatch, and featuring a cast of homegrown stars and up-and-coming talent including Joe Anderson and Luke Evans (Furious Seven, The Hobbit, Dracula Untold), Flutter, released on DVD on 3rd August 2015 by Bulldog Films, is the unmissable sexy thriller set in the tense world of gambling. This is British cinema at its best!

Related Articles
Early Man, Early Man, Hospital People: The Complete First Series, Blandings: Series 1
Professor Marston and the Wonder Women, Beauty and the Beast, The Girl on the Train, High Rise, Dracula Untold, The Great Train Robbery, No One Lives, Ashes, The Raven, Immortals, The Three Musketeers, Tamara Drewe, 10x10, The Alienist: Season 1, Anna, StarDog and TurboCat, Midway, Beauty and the Beast, The Pembrokeshire Murders
The Loch, I Am Not A Serial Killer, Lip Service: Series 2, Lip Service: Series 1, Traces, Traces: Series 2
Horns, Supremacy, Horns, The Grey, The Ruins, Backdraft 2, The Green Knight
Blood Of Redemption, Titanic: Deluxe Collector's Edition
Kenny, Northern Soul, Brookside's Most Memorable Moments, Once Upon a Time in The Midlands, The More You Ignore Me
For your consideration 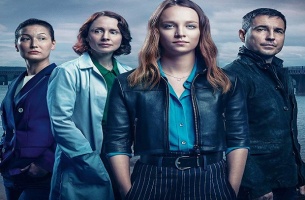 HotDVDTV
In Traces, released on DVD 27th January 2020 from BBC Worldwide, while attending an online forensic course, young lab assistant discovers that the fictitious case study has a link to her past. END_OF_DOCUMENT_TOKEN_TO_BE_REPLACED
Comments
UHD Releases News Pick