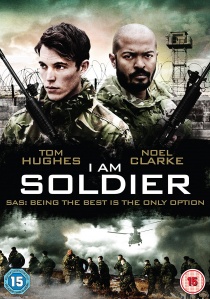 Find out if you've got what it takes as you witness the most demanding and dangerous military training known to man - SAS selection - in I Am Soldier, deployed on Blu-ray and DVD on 17th March 2014, courtesy of Lionsgate Home Entertainment.

Following the successful release of 'Screwed', I Am Soldier is penned by best-selling writer and accomplished director Ronnie Thompson (Tower Block). This gritty action drama takes you on a journey through torturous escape missions, exhausting physical programmes and highly classified interrogations.

With former Commander of British Forces in Afghanistan Richard Kemp CBE overseeing the authenticity of combat scenes, I Am Soldier gives a true to life portrayal of what soldiers must go through in order to beat recruitment odds and join one of the most prestigious and sought-after institutions of the British military.

Many try to get into the SAS. Only the elite prevail. Catch all the action on Blu-ray and DVD this Spring. 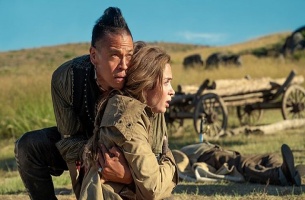 HotDVDTV
Tender and violent, terrifying and comic, The English, released on DVD 19th December 2022 from Dazzler Media., takes the arrows and bullets of its genre only to twist them into a uniquely compelling parable on gender, race, love and power. END_OF_DOCUMENT_TOKEN_TO_BE_REPLACED
Comments
UHD Releases News Pick