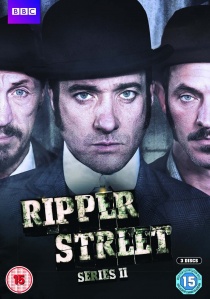 The compelling BBC One crime drama Ripper Street returns for a second series on DVD and Blu-ray on 27th January 2014, courtesy of 2entertain.

The job of preventing Whitechapel from descending into hell has never been harder for Inspector Reid and his loyal deputies Detective Bennet Drake and Captain Homer Jackson. As the century enters its final decade, society teeters on the brink of moral collapse and nowhere are the bloated British Empire's problems felt more keenly than in its dark heart: the East End of London.

The memory of Jack the Ripper may have faded, but the Whitechapel streets he walked are more dangerous than ever. The men of H-Division are pushed to their very limits, while they are undermined at every turn by the corrupt and amoral force in neighbouring K-Division, led by the formidable Jedediah Shine.

Meanwhile, Reid is also coming to terms with his own demons, finding a glimmer of happiness in the company of the progressive, charming Jane Cobden - the first woman elected to the London County Council. Drake is happily married to Bella, though the unrequited love of Rose still haunts him, and Jackson and Long Susan's tempestuous relationship boils over again as more secrets and lies threaten to overwhelm them. 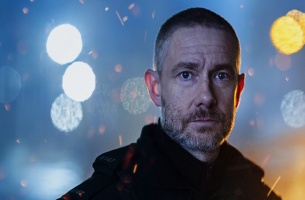 HotDVDBDTV
Gripping drama The Responder, released on DVD and Blu-ray 28th February 2022 from Dazzler Media, follows an urgent response police officer at rock bottom as he searches for redemption in the darkest of places. END_OF_DOCUMENT_TOKEN_TO_BE_REPLACED
Comments
Hot Pick