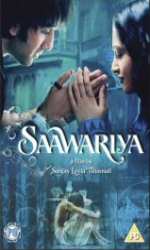 Sony Pictures Home Entertainment proudly presents the epic romance Saawariya, available to buy on DVD and Blu-ray from 19th May 2008.

Based on a short story by Fyodor Dostoevsky, Saawariya is directed by the acclaimed film maker Sanjay Leela Bhansali (BAFTA nominated in 2003 for Devdas) and boasts a cast of Indian Cinema's most popular stars, including Salman Kahn, Ranbir Kapoor and Sonam Kapoor.

Combining tender romance and enchanting musical scenes, Saawariya centres around a chance encounter between two people and their obsession with each other over four successive nights. A must-see for fans of Bollywood, World Cinema and anyone who's ever been in love.