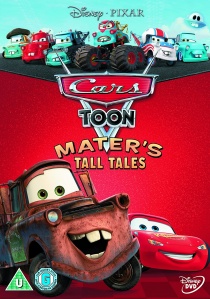 Families who can't wait for the much anticipated release of Cars 2 in summer 2011 can get their fix of Cars capers early as Disney/Pixar gears up for the launch of Cars Toon: Mater's Tall Tales, exclusively on Disney DVD from 14th March 2011.

Following the escapades of Mater as he takes on a number of daredevil roles, the release includes two brand new, never before seen adventures;

Moon Mater It's one small step for Mater as he becomes the first tow truck on the Moon. Written by John Lasseter, the episode sees Mater and Lightning race against the clock to rescue the stricken Impala XIII.

Mater Private Eye Mater dabbles as a private investigator to help Mia find her twin sister Tia. The adventure gives him lots of practice in the world of espionage which will come in handy for his top secret spy mission in Cars 2!

Mater's imagination knows no bounds as his Tall Tales transport him and Lightning McQueen to bullfights, drag races, rock concerts, monster truck showdowns and even outer space - but are his stories fact or fiction?

Kids will go crazy over the DVD bonus material which includes the feature Unmade Tales, a sneak peek at the making of the land of Cars and exclusive story reels that were used to make Mater's Tall Tales, plus much more. 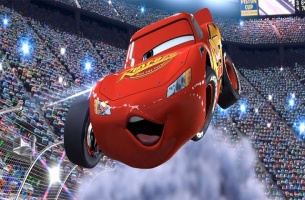