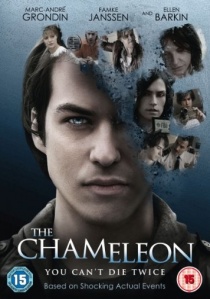 Four years ago, thirteen year old Texan Nicholas Randall went missing - many years later a boy is found alive by police - in France. The boy is joyously reunited with the family who are convinced he is their long lost son. However, after refusing to take tests to prove his identity, FBI suspicions are aroused. A race against time and across continents begins for investigators as they attempt to uncover the truth about Nicholas - could the unthinkable have happened?

UHD
From the Wachowski brothers and Joel Silver, the masterminds behind The Matrix trilogy, comes another intriguing, action-packed fantasy-thriller in V for Vendetta, released on 4K UHD 2nd November 2020 from Warner Home Video. END_OF_DOCUMENT_TOKEN_TO_BE_REPLACED
Top PicksView