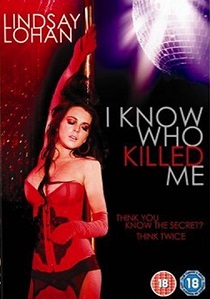 I Know Who Killed Me

Alternating between gripping thriller and gruesome horror, I Know Who Killed Me promises to take you on a twisted journey to the dark side of identity, sexuality and obsession when it arrives on DVD.

Aubrey Fleming (Linsey Lohan) was living in the small town life, until the day she was abducted by a sadistic killer. After a frantic search Aubrey turns up alive, but changed. She is missing limbs but has gained a new personality - that of bad girl Dakota Moss. Her parents and the FBI think she is suffering from delusions, but if Dakota is just a trick of her mind, why do strange wounds keep appearing on her body? Desperate and alone, Aubrey must now unlock family secrets to unmask a mysterious killer with a deadly obsession.