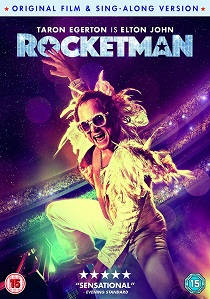 The Digital, 4K Ultra HD, and Blu-ray releases are packed with over 75 minutes of must-see bonus content, including four extended musical sequences introduced by director Dexter Fletcher that showcase even more of the spectacular singing and dancing by Taron Egerton and the cast. The releases also include breakthrough moments not seen in theaters with 10 deleted and extended scenes with an introduction by Dexter Fletcher; sing-along tracks of 13 select songs; behind-the-scenes footage and interviews with Elton John, the cast, and filmmakers; intimate footage from recording studio sessions; plus, a Rocketman jukebox that allows viewers to skip straight to the music. Also, for a limited time while supplies last, the Combo Packs will include a collectible booklet with a special message from Elton John for fans of Rocketman.

In addition, the Digital release will include access to three more featurettes and two more deleted/extended scenes. Apple TV (iTunes) will additionally offer exclusive access to rehearsal footage from "The Bitch Is Back" and a look at Elton John's lasting impact.

Rocketman is an epic musical story about Elton John's breakthrough years. The film follows the fantastical journey of transformation from shy piano prodigy Reginald Dwight into international superstar Elton John. This inspirational story - set to Elton John's most beloved songs and performed by star Taron Egerton - tells the universally relatable story of how a small-town boy became one of the most iconic figures in pop culture. 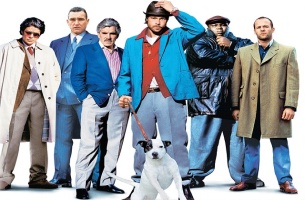