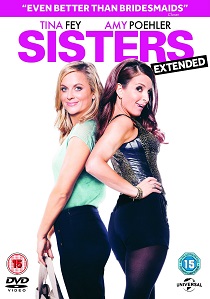 From Pitch Perfect director Jason Moore, Sisters is a "hilarious, heartfelt and downright dysfunctional" (Rama's Screen) delight, perfect to share with friends - and relatives. The Blu-ray, DVD and Digital HD versions feature even more of Tina and Amy's outrageous shenanigans in a new Unrated Version, as well as over an hour of deleted and extended scenes, gag reel and more!

When the Ellis sisters, the always-responsible Maura (Poehler) and impossibly hotheaded Kate (Fey), receive word from their retired mom and dad that their family home is on the market, they discover they have one weekend left to clean out the old junk in their bedroom. As they comb through the artifacts of their teen years, Maura and Kate's trip down memory lane leads them to a seemingly crazy plan. Looking to recapture their glory days, the sisters throw one final "Ellis Island" blowout for their classmates, resulting in the cathartic rager that a bunch of ground-down adults really need. 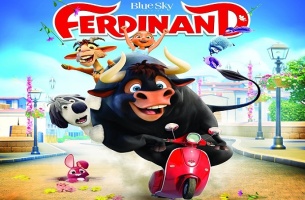 HotDVDBD
From the creators of Ice Age and Rio comes the most love-a-bull family comedy of the year as Ferdinand arrives on Blu-ray and DVD 16th April 2018 from Twentieth Century Fox Home Entertainment. END_OF_DOCUMENT_TOKEN_TO_BE_REPLACED
Comments
BD Releases News Pick

BD
After moving to a new town, two brothers discover that the area is a haven for vampires as the classic The Lost Boys is released on 4K UHD 20th September 2022 from Warner Home Video. END_OF_DOCUMENT_TOKEN_TO_BE_REPLACED
Top PicksView