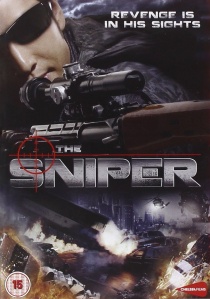 When ex-Hong Kong police sharpshooter Lincoln (Xiaoming) is released from prison after serving time for the alleged manslaughter of a kidnapper during a hostage situation he has only one thing on his mind: revenge on those responsible for putting him behind bars. At the top of his hit list is former colleague and fellow marksman Hartman (Jen), who Lincoln believes withheld key evidence at his trial that could have led to his acquittal. Lincoln's plan involves setting up the largest heist the city has ever known, hoping that this will draw his prey to him.

Meanwhile, a hot-headed rookie, OJ (Chen), has joined Hartman's team and quickly begins to exhibit the same level of shooting skills that made Lincoln such a legend on the force. OJ becomes fascinated by Lincoln, to the point where Hartman worries that he may begin to emulate his former teammate's cavalier attitude towards the job at hand.

As the day of the heist dawns, lines are drawn as Lincoln sets out to re-enact the operation that sealed his fate, thereby initiating the ultimate showdown between the three expert snipers.

Brilliantly choreographed and highlighted by "a series of action set-pieces of nail-biting intensity" (Time Out, Hong Kong) including an astonishing shootout set within the claustrophobic confines of a lift, The Sniper is "a wild action movie that goes right for the jugular" (Beyond Hollywood.com).