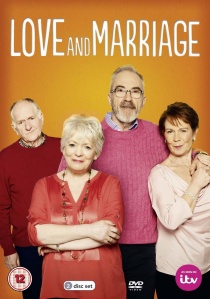 Love And Marriage is the brand new comedy drama from ITV that follows the trials and tribulations of three generations of the Paradise family, headed up by the inimitable Alison Steadman alongside an all-star cast.

When Pauline Paradise (Steadman - The Syndicate, Gavin & Stacey) retires from her job as a lollipop lady and returns home, she looks around to see what her futureholds and doesn't like what she sees. A non-communicative husband 'Silent' Ken (Preston) and the endless demand of her beloved, adult children and their offspring.

So this quintessential family woman - the matriarch of the family and everybody'srock decides to walk out on her life. She doesn't go very far though, just a few roads away to live with her sister Rowan (Imrie) who has led a very different life to her and is now mad about married man Tommy (Lamb).

Pauline's walkout has a massive, emotional and often hilarious impact on all the relationships around her but can the Paradise family survive without her? 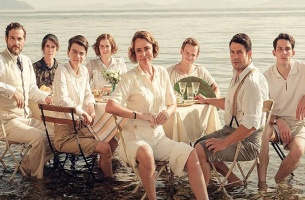 HotDVDTV
The future's looking bright for the eccentric Durrells, as we catch up with their lives on the beautiful island of Corfu as The Durrells: Series 4 arrives on DVD 20th May 2019 from 2entertain. END_OF_DOCUMENT_TOKEN_TO_BE_REPLACED
Comments
Hot Pick

HotDVDBD
From the producers of Nobody and John Wick comes a bare-knuckle, coal-dark holiday action-comedy that says you should always bet on red as Violent Night sledges in on DVD and Blu-ray 6th March 2023 from Warner Home Video. END_OF_DOCUMENT_TOKEN_TO_BE_REPLACED
Top PicksView