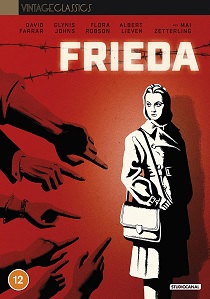 Frieda, a German girl, helps English Robert to escape from a German prisoner-of-war camp and in return he marries her so she can obtain a British passport even though he doesn't lover her. When returning to Robert's small English hometown, Frieda is met with hostile anti-German sentiment which is only worsened when her brother, a former Nazi and now Polish soldier arrives. What follows is a terrible awakening for Frieda who, deeply in love with her husband, cannot accept when Robert turns against her.

Frieda is released on DVD and Blu-ray 4th July 2022 from StudioCanal as part of their Vintage Classics range. 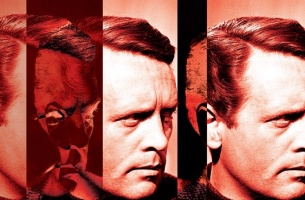 HotDVDTVBoxset
Danger Man, released as a Complete Collection on DVD 15th April 2019 from Network, showcased a compelling performance from Patrick McGoohan that cemented his fame on both sides of the Atlantic and paved the way for him to make his undeniable tour de force ... END_OF_DOCUMENT_TOKEN_TO_BE_REPLACED
Comments
Hot Pick

HotDVDTV
Featuring every episode of the entire series in an 8-disc box set, the hilarious BBC comedy Keeping Up Appearances is released on DVD 28th November 2022 ... END_OF_DOCUMENT_TOKEN_TO_BE_REPLACED
Top PicksView