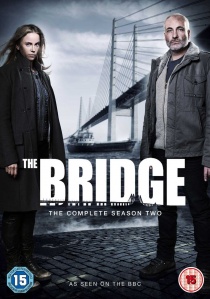 Following Nordic Noir masterpieces The Killing and Borgen was never going to be an easy task, but The Bridge - a collaboration between the Danish broadcaster "DR" and Sweden's "SVT" - gripped the nation when it first exploded onto our screens in April 2012, achieving the highest ever ratings for a Scandi series debut.

With ingenious story lines, linking the two countries via the Øresund Bridge, which connects the Swedish city of Malmö and the Danish capital Copenhagen, The Bridge was nominated for a Best International Television BAFTA in 2013.

Season One begins when the body of a woman is found precisely placed in the middle of the Bridge. As the top-half lies in Swedish territory, and the bottom in Danish, a bi-national Scandinavian detective team is put together to solve the crime.

Rekindling Norén & Rohde's relationship, which has been hailed as one of the greatest on-screen pairings in modern television, Season two picks-up 13 months after the end of the first, and much has changed in each of the detectives' private lives.

An old tanker veers off course, heading straight for the Øresund Bridge. The Malmö Coast Guard urgently tries contacting the tanker but there is no reply, the call echoes eerily across the deserted bridge of the ship. When the Coast Guard finally board, they discover there is no crew present but find three Swedish and two Danish youths chained below deck. Saga Norén of Malmö County Police is immediately put in charge of the case but, as Danish victims are involved, she contacts her previous case-collaborator, Martin Rohde, and they embark on investigating the mysterious and increasingly complex case...

In addition to the standalone Season 2 package, Arrow Films' Nordic Noir label will also release a combined The Bridge Seasons 1 & 2 box set, which will be available on both Blu-ray & DVD formats from 3rd February 2014. Seasons 1 & 2 will be housed in a visually stunning monochrome box, emblazoned with the outline of the iconic Øresund Bridge. 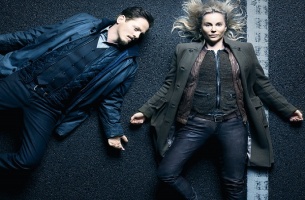