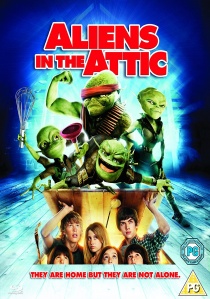 Extraterrestrial adventure-comedy Aliens in the Attic descends onto DVD and Blu-ray from the 1st February 2010. Released by Twentieth Century Fox Home Entertainment the film follows the Pearson kids as their snooze-fest family holiday turns into the adventure of a lifetime when feisty green aliens crash-land on the roof of their isolated holiday home.

Unbeknownst to the grown-ups the kid's vacation turns out to be anything but relaxing as they find themselves embroiled in an intergalactic battle with knee-high alien invaders. With the aliens set on world-domination the Pearson kids must use their wits, bravery and computer game-playing-prowess to outsmart the unwelcome visitors, save the world and most importantly keep the adults in the dark. 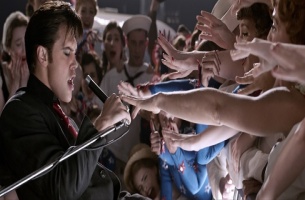 UHD
Fast forward to the 1980s as Wonder Woman's next big screen adventure finds her facing a wide array of foes including Max Lord and The Cheetah as Wonder Woman 1984 flies in on Blu-ray and 4K UHD 22nd March 2021 from Warner ... END_OF_DOCUMENT_TOKEN_TO_BE_REPLACED
Top PicksView