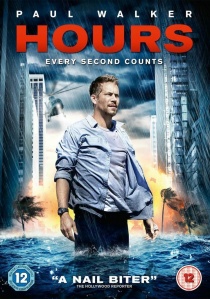 In his final finished film, the late Paul Walker plays Nolan Hayes, in Hours, released on DVD and Blu-ray on 20th January 2014 courtesy of Signature Entertainment.

A tension-filled thriller following the jaw-dropping story of Nolan Hayes - a husband and soon to be father who rushes his wife to a New Orleans hospital as she goes into premature labor, just before the onset of Hurricane Katrina. With his wife having died in childbirth and his newborn baby fighting for her life on an incubator, Nolan is plunged, alone, into a desperate struggle to save his daughter when the hospital is evacuated and the city crumbles around him...

BD
After more than thirty years of service as one of the Navy's top aviators, Pete 'Maverick' Mitchell is back where he belongs as Top Gun: Maverick flies onto DVD, Blu-ray and 4K UHD 31st October 2022 from Paramount Home ... END_OF_DOCUMENT_TOKEN_TO_BE_REPLACED
Top PicksView