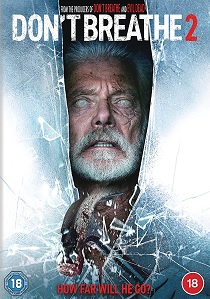 Starring Stephen Lang (Don't Breathe, Avatar) who reprises his role as Norman Nordstrom, Brendan Sexton III (El Camino: A Breaking Bad Movie) and Madelyn Grace (TV's Z Nation), Don't Breathe 2 follows Norman Nordstrom (Stephen Lang), who has been hiding out for several years in an isolated cabin. He lives with a young girl and has recreated the family stolen from him by a drunk driver.

Their quiet life together is shattered when a group of unseemly criminals kidnaps her and forces Norman to tap into even darker and more creative instincts in an effort to save her.

HotUHD
A decade-defining classic from the imagination of Steven Spielberg and Chris Columbus, celebrating its 35 year anniversary, The Goonies is released on 4K UHD 31st August 2020 from Warner Home Video. END_OF_DOCUMENT_TOKEN_TO_BE_REPLACED
Top PicksView