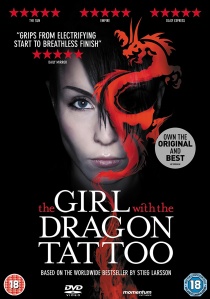 Based on the bestselling literary phenomenon from Stieg Larsson, The Girl With The Dragon Tatoo is a gripping edge-of-your-seat thriller will be released to buy on Blu-ray and DVD on 19th July 2010 by Momentum Pictures.

The first instalment of the most exciting publishing phenomenon since The Da Vinci Code, is now brought to the screen in a dramatic debut by Director Niels Arden Oplev. The Girl With The Dragon Tattoo is a thrilling mix of detection, mystery and emotional drama and explores the dangerous world of corruption and violence in modern day society.

Presented in stunning glossy packaging, both formats will include both the original Swedish and English language audio versions of the film and a host of special features including an exclusive sneak peak of the second film in the trilogy The Girl Who Played with Fire, interviews with star Noomi Rapace and producer Soren Staermose, a photo gallery and more.

With Lisbeth Salander well on her way to becoming a cultural icon fans can immerse themselves further in her thrilling adventures by catching the second and third films in the trilogy. The Girl Who Played with Fire will be released in cinemas on 27 August and The Girl Who Kicked the Hornets' Nest from 26 November

Currently all three books of Larsson's Millennium trilogy dominate the UK best seller charts with the paperback edition of The Girl Who Kicked The Hornet's Nest holding the number one slot. More than 2.8 million copies of the books have been sold in the UK contributing to more than 31 million worldwide.

Mikael Blomkvist (Michael Nyqvist), a disgraced journalist and enigmatic computer hacker, anti-heroine Lisbeth Salander (Noomi Rapace), form an alliance to solve a historical case of a missing girl. The case brings them into contact with some of Sweden's most powerful, secretive and corrupt criminals.

As they unravel a dark and appalling family history, the unlikely duo discover how close they are to the truth of corruption and crime. Daring to defy the law, Lisbeth, the dangerous security specialist and Mikael, the stubborn, charming yet fiercely obsessive detective find that they too could become targets. 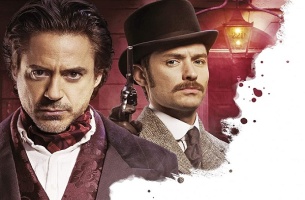