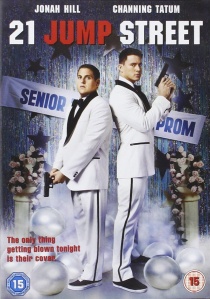 Jonah Hill (Moneyball, Superbad) and Channing Tatum (The Vow, Dear John) swap guns for books in the hit action-comedy 21 Jump Street, which has garnered more than $180 million at the box office worldwide and will be available on Blu-ray, DVD and Digital Download on 9th July 2012 from Sony Pictures Home Entertainment.

21 Jump Street will be among the first titles to include UltraViolet. Owners of the Blu-ray and DVD will be able to add 21 Jump Street to their free cloud-based UltraViolet account, enabling them to access their film through any UltraViolet-compatible service or device - from PCs and tablets to TVs and smart phones.

In this hilarious and action-packed comedy, Hill and Tatum star as a team of rookie cops forced to go undercover at a high school to bust a dangerous drug ring. The film has had both critics and audiences jumping in their seats with laughter and features a hysterical supporting cast, including rap legend Ice Cube (Barbershop, Friday), Dave Franco (Fright Night, Superbad), Brie Larson (Scott Pilgrim Vs The World, TV's United States of Tara), Ellie Kemper (Bridesmaids, TV's The Office) and Rob Riggle (The Hangover, The Other Guys).

Bonus features on the DVD include director and cast commentary and Back to School, a featurette that provides a look into how the hilarious movie came together. In addition to director and cast commentary and the "Back to School" featurette, the Blu-ray bonus features also include a gag reel, Cube-O-Rama, featuring hilarious outtakes with Ice Cube (Captain Dickson) and four additional behind-the-scenes featurettes - Brothers In Arms, Johnny Depp On Set, The Rob Riggle Show and Peter Pan on The Freeway.

Schmidt (Hill) and Jenko (Tatum) are more than ready to leave their adolescent problems behind. Joining the police force and the secret Jump Street unit, they use their youthful appearances to go undercover in a local high school. As they trade in their guns and badges for backpacks, Schmidt and Jenko risk their lives to investigate a violent and dangerous drug ring. But they find that high school is nothing like they left it just a few years earlier - and neither expects that they will have to confront the terror and anxiety of being a teenager again and all the issues they thought they had left behind. 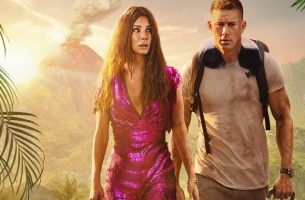