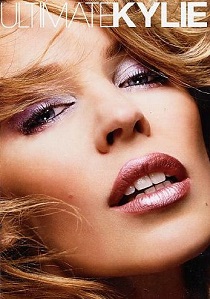 ReviewMusic
Review Article Go back to homepage
The Australian pop princess has released her collection of music videos from the PWL age right up to her latest single I Believe in You.
Kylie Minogue
Music
All
2 Hours 10 Minutes
22/11/2004
Thank you for supporting DVD365.net when you order using the link(s) below.
Buy DVD
Story

Who would have thought that a plucky little dungarees wearing eighteen year old who was more famous for her acting roles in Neighbours would become such a massive superstar to rival the likes of Madonna. But in 1987 that ball started rolling when she appeared at a benefit concert with the rest of the cast of Neighbours. And when an encore was demanded Kylie suggested a certain dance classic called The Loco-Motion. This rendition was so well received it was suggested that she should make it a record and it went on to become the biggest selling Australian single of the eighties.

With the Australian market wrapped up it made perfect sense to have a crack at the world market. So with the ever popular Neighbours showing twice a day in the UK, it seemed like this would be the best place to start. It didn't take long for Stock Aitken and Waterman to spot the potential and, during a brief visit to London, Kylie was signed to the Hit Factory label. Released some two months later, I Should Be So Lucky stormed up the charts and became one of the biggest selling singles of 1988, and the first single to simultaneously top the UK and Australian charts.

But despite her massive success with PWL it became clear that Kylie's musical future belonged away from their studios and she signed for Deconstruction records, releasing the album Kylie Minogue which spawned the superb single Confide in Me plus a number of lesser successful tracks. But although at the time she was producing some of her best work, including a duet with Nick Cave with Where the Wild Roses Grow, her second album and singles on Deconstruction failed to set the charts alight. They soon parted company and it looked like the writing was on the wall.

But now signed to Parlophone, Kylie released her new album Light Years in 2000. This catchy collection of up tempo disco tunes, along with an appearance in front of a world wide audience of 4 billion people at the Sydney Olympics, and not forgetting a certain pair of golden hot pants from the Spinning Around video, propelled Kylie back into the limelight and into the charts where she belonged. This collection of videos is the fruit of her labours.

With the videos spanning over a decade, plus early budget constraints resulting in videos looking like they were shot with an old camcorder, the picture quality varies dramatically. However, as Kylie's career progresses so do the complexity and overall quality of the videos. As a result, the colours can be rich and vibrant with a good level of detail with no problems with either artifacting or print damage. These clear and sharp images also help to highlight that world famous derrière, although, if we're being honest here, they are also starting to show up a few facial wrinkles too. I'm sure those botox doctors will be rubbing their cash ridden hands with glee.

Whilst it would have been nice to have all of the tracks remastered into Dolby Digital 5.1, the 2.0 256Kbps soundtrack on offer here is still more than sufficient for its musical needs. Still, if you want anything more from the sound department you could always feed it through a surround system and use one of its many sound effects to reproduce something more akin to a concert hall. The results are certainly mixed, with the PWL material sounding particularly poor, although Better the Devil You Know is an exception, but the later material is quite impressive in pseudo surround.

The menu system is pleasantly animated and scored with a catchy loop created for the release whilst the extensive track selection menus are animated with clips from each of the videos along with musical loop from one of the videos on the menu. It's all very simple, but highly effective. The additional features are also available on a separate, and scored, menu.

Whilst there are already thirty two videos to choose from, with the I Believe in You video inexplicably available as an extra, you would have to be rather picky to expect piles of extras. After all, this vast collection is worth the value of the disc alone. However, I like to be picky. There must be vast amounts of material out there which could have been added to the disc and even the lady her self should have been coaxed into an interview or two. As a result, the additional "features" here look hastily put together for a maximum profit and with very little thought for the legions of fans. Still, there is at least the welcome addition of On Screen Lyrics so any embarrassing "hair brush" singers will have a whale of a time singing along to every video on the disc.

Whilst calling this collection The Ultimate Collection may ruffle the feathers of a few dedicated fans, especially when they can reel off missing videos such as It's No Secret, Turn it into Love, Word is Out and Finer Feelings to name but a few (none of which I've heard of), to the casual music fan it pretty much sums up her extensive career onto one rather excellently presented DVD.

Sure, with the exception of the odd track, the early PWL stuff can be quite awful, but once we reach Confide In Me we encounter a much more mature and sexy Kylie who was desperately trying to break free from the monotonous drone of the PWL drum machine. And where would Kylie be today without that video? And of course I refer to Spinning Around and that pert little bottom of hers. Oh, and let's not forget that annoyingly catchy Can't Get You Out of my Head which did exactly as the title suggested - and for weeks on end!

With so many artists taking the easy root and simply releasing concert footage onto DVD, it makes a welcome change to see such a comprehensive collection of promotional videos on a single disc. Kylie and general music fans alike are bound to enjoy this compilation, and let's just hope that this is the springboard for more artists to release their video collections on DVD.