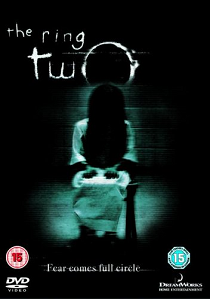 The story picks up six months after the horrifying events that terrorised Rachel Keller and her son Aidan in Seattle. To escape her haunting memories, Rachel and Aidan have decided to make a fresh start and moved to the small coastal community of Astoria, Oregon. Although the town is not as exciting or dynamic as Seattle, Rachel has taken up a job at the local newspaper where the only thing worth while reporting is a cat getting stuck up a tree. Still, it's something worth putting up with in their attempts to forget the dreadful past.

However, Rachel's resolve turns to dread when she hears reports of a disturbing homicide over the police radio which seems eerily familiar. Heading down to the crime scene she finds a fearful teenage girl and a boy in a body bag with a disturbing face of terror and that all familiar unmarked videotape. With the girl still in a state of shock Rachel takes the video tape and burns it hoping that it will finally be end of Samara. However, when Aidan starts acting odd and becomes extremely cold Rachel realises that Samara has finally caught up with them and that they are the focus of her attentions as she seeks a new mother. With the Morgan family dead, can Rachel discover how to defeat Samara before its too late and she loses Aidan forever?

As with the previous releases, the ghostly nature of the film is reflected in the many dark and gloomy scenes. With the majority of the film contained within dark locations and nighttime scenes the picture needs to hold up to everything which is thrown at it. Fortunately, the increased budget results in a much improved picture over the previous film which presents a good level of detail and, considering the amount of colour filtering, a reasonable range of colours and black levels. Still, if there is to a complaint then it would have to be that some of the scenes suffered from slight grain and a washed out appearance. The above average bit-rate also ensures that artifacting and outlining is kept to a minimum whilst the transfer is free from dust specks and other forms of picture imperfection.

In order for a horror film to succeed in the chills department it really needs to be accompanied by a haunting soundtrack. Fortunately, the Dolby Digital 448 Kbps 5.1 delivers the goods with some strong ambient effects in the surround channels, clear and precise dialogue in the centre channel and some good stereo steerage in the front channels. Still, it's nothing spectacular for its film genre, but considering the dialogue intensive nature of the film it does manage to deliver the goods when called for.

As with the first release, the main menu system is cleverly designed with a nice menu introduction, some excellent animation and spooky music which is in keeping with the film. There's also a first-rate set of transition effects between the menus whilst each sub menu is also animated and scored in a similarly eerie manner.

Whilst the extras look plentiful they ultimately disappoint with some padding material in the form of the fifteen minute "Rings" The Ring Bridge Story which makes an unsurprising appearance from the Special Edition version of the The Ring. Still, if you only own the standard edition of the film then this feature is a worthy watch as it's probably scarier than both the films it's trying to promote. The rest of the extras are made up with various disappointingly short featurettes which are accompanied by the ever annoying "voice over man" which offer very little in the way of interesting information about the film.

The two minute Imagination in Focus featurette looks at director Hideo Nakata and his influences on the horror genre. With plenty of clips from the film and a plentiful supply of back slaps from cast member Naomi Watts and crew it ends before it gets started. Again, accompanied by clips from the film, the two minute Samara : From Eye To Icon featurette look sat what went into creating Samara. With yet more back slapping for director Hideo Nakata and make-up artist Rick Baker, there's very little detail on either Samara or the make-up process.

The rather pointless two minute The Haunting of The Ring Two featurette has the filmmakers and cast talking about the strange events that took place during filming of the film, such as the production office becoming flooded and a real life deer paying a visit to the set. Spooky eh? The only real featurette of interest is the thirteen minute HBO First Look : The Making Of The Ring Two. With plenty of clips from the film, and repeated clips from the other documentaries, it's consists of the usual PR fluff. However, it's nicely presented and contains the occasional nugget of interesting information, such as the CGI effects, and behind the scenes footage. There's plenty of opinions on hand and it includes interviews with actors Naomi Watts, Simon Baker and youngster David Dorfman, director Hideo Nakata, producers Laurie MacDonald and Walter F. Parkes, visual effects supervisors Betsy Paterson and Rick Baker plus writer Ehren Kruger to name but a few.

Following on from the featurettes are ten minutes worth of Deleted and Alternate Scenes. Split into a number of chapters its fairly obvious to see why they were deleted or trimmed with overly long scenes, such as the exciting purchase of a sofa and a nosy neighbour bringing a welcoming basket of fruit. Never the less, an introduction or audio commentary from the director would have been a welcome addition. Things are all rounded off with trailers for Red Eye and where would be without a trailer for The Ring? The trailer for Red Eye certainly looks interesting, whilst the trailer for The Ring is a bit of filler material for a film you should have already seen before watching the sequel.

Whilst The Ring at least offered some sort of chill, and even then it was hardly enough to make you jump from your seat, The Ring Two offers even less in the horror department. In fact, I'm not even sure why the famous unmarked tape bothers to make a return all. With the short film Rings offering such an interesting and spooky connection between to the two films, the The Ring Two hardly refers to it and after a mere ten minutes of the film the tape is soon discarded and Samara is back centre stage.

Whilst there appears to be a plentiful supply of extras they ultimately disappoint with repeated interview clips, short featurettes and uninteresting detail. This is a rather poor sequel which has only been rescued some what by having the director of the original Japanese Ringu films, Hideo Nakata, at the helm. Still, original director or not, that all important scare moment is simply not there and it soon becomes apparent that this is yet another Hollywood horror film without the horror. Unfortunately, it's a real disappointment and only fans of The Ring series will be interested.