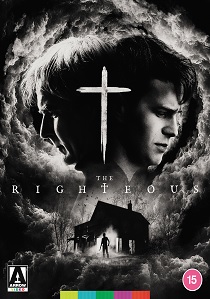 NewsHorrorDrama
News Article Go back to homepage
A burdened man feels the wrath of a vengeful God after he and his wife are visited by a mysterious stranger in The Righteous, released on Blu-ray 18th July 2022 from Arrow Video.
Henry Czerny, Mark O'Brien, Mayko Nguyen, Kate Corbett, Nigel Bennett
Mark O'Brien
Mark O'Neill, Allison White
Arrow Video
1 hour 37 minutes
18/07/2022
#TheRighteous
Thank you for supporting DVD365.net when you order using the link(s) below. As an Amazon Associate we earn from qualifying purchases
Buy BD
Information

A brooding occult horror with echoes of Bergman and Pasolini, The Righteous insinuates its way beneath the skin by way of an intelligent script, taut direction, and strong performances. Writer and actor Mark O'Brien (Ready or Not) pulls no punches as he confronts grief, guilt, faith and atonement in his remarkable directorial debut.

A former priest, Frederic Mason (Henry Czerny), anguished by the tragic death of his young daughter, finds himself wrestling with his religious convictions when a mysterious young man (Mark O'Brien) appears wounded on his doorstop in need of assistance. After he and his wife Ethel (Mimi Kuzyk) welcome him across the threshold and into their household, Frederic sees an opportunity for redemption in this mysterious and troubled lost soul, who might just be an emissary from God, or maybe the Devil...

Set amongst the bleak and forbidding landscapes of Newfoundland, crisply captured in tenebrous monochrome by cinematographer Scott McClellan, and featuring robust performances from all its cast members, The Righteous is a sombre supernatural chiller that builds to a memorable crescendo, and signals the emergence of a major new filmmaking talent.

The Righteous is released on Blu-ray 18th July 2022 from Arrow Video. 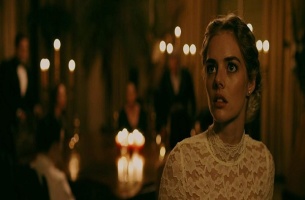 HotDVDBD
The sanctity of marriage goes straight to hell when a young bride realises she is at the center of a lethal game of 'Hide and Seek' as Ready or Not is released on DVD and Blu-ray 10th February 2020 from Twentieth Century Fox Home Entertainment. END_OF_DOCUMENT_TOKEN_TO_BE_REPLACED
Comments
Hot Pick

HotDVDBDUHD
After more than thirty years of service as one of the Navy's top aviators, Pete 'Maverick' Mitchell is back where he belongs as Top Gun: Maverick flies onto DVD, Blu-ray and 4K UHD 31st October 2022 from Paramount Home Entertainment. END_OF_DOCUMENT_TOKEN_TO_BE_REPLACED
Top PicksView