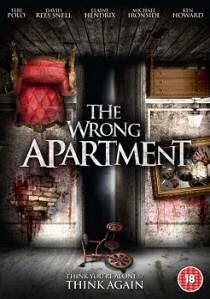 While trying to get their lives back on track after the tragic loss of their four year old son, Bryn (Teri Polo) and Paul Shaw move to the charming old Beacon Apartments. However, the building's charm soon wears off as Bryn starts seeing the ghostly figure of a little boy skulking around its corridors.

With the help of an eccentric young professor and a tough old beat cop, Bryn tries to uncover the details of the boy's death. She hopes that freeing the child will allow him to carry a message to her dead son. But a second malevolent entity stalks the halls of the Beacon: an evil that doesn't want the boy to escape.