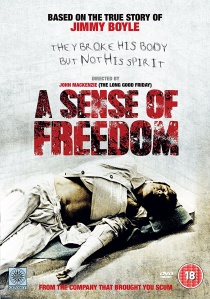 Described as one of the hardest-hitting prison dramas in British screen history A Sense Of Freedom, the striking true story about notorious reformed Glasgow gangster Jimmy Boyle, comes to DVD courtesy of Odyssey on 12th October 2015.

Charged with murder twice and cleared when barely into his twenties, Jimmy Boyle was Scotland's most feared gangster - a Gorbals 'hard man' notorious for his extreme violence. Then he got a taste of his own medicine when he was sentenced to life in a Scottish prison where the regime, with its punishment beatings and solitary confinement, was every bit as brutal as that on the street. Yet out of this bleak and seemingly dead-end system of crime and punishment came an extraordinary chance of redemption, which drove Boyle to make something positive of his life in ways that neither he nor anyone else could ever have imagined.

Directed by John Mackenzie (The Long Good Friday) and featuring a sensational lead performance from Trial & Retribution star David Hayman, the BAFTA-nominated A Sense of Freedom remains one of the most searing, shocking and thought-provoking prison dramas ever seen and is released on DVD on 12th October 2015, in both its blistering original version and a controversial later dubbed and edited version.

A Sense Of Freedom - the powerful true story of one mans' rehabilitation, redemption and second chance at life. 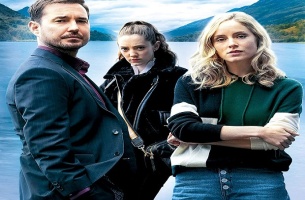 HotDVDTV
Mired in the tensions between two very different sides of Glasgow, The Nest, released on DVD 18th May 2020 from Acorn Media International, is a thrilling take on the life-changing world of surrogacy and the lengths people will go in their desperation to be parents. END_OF_DOCUMENT_TOKEN_TO_BE_REPLACED
Comments
UHD Releases News Pick