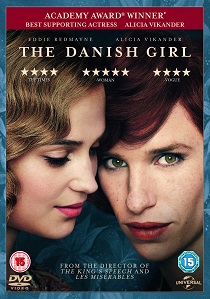 With love comes the courage to be yourself in The Danish Girl, coming to Blu-ray and DVD 9th May 2016, from Universal Pictures (UK). Inspired by the lives of Lili Elbe and Gerda Wegener, the remarkable love story is "a cinematic landmark", according to Variety's Peter Debruge.

Through the other, each of them finds the courage to be who they are at heart. "Eddie Redmayne and Alicia Vikander are sensational!" declares Access Hollywood's Scott Mantz, while Debruge of Variety raves, "Redmayne gives the greatest performance of his career." 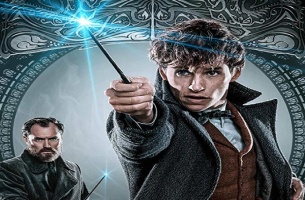 Fantastic Beasts: The Crimes of Grindelwald

UHD
The end of the line is only the beginning in a wild, non-stop thrill ride through modern-day Japan as Bullet Train is released on DVD, Blu-ray and 4K UHD 24th October 2022 from Sony Pictures Home Entertainment END_OF_DOCUMENT_TOKEN_TO_BE_REPLACED
Top PicksView