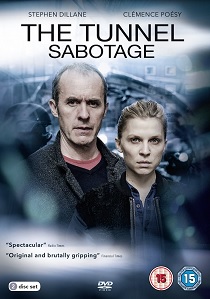 Award-winning hard-hitting drama The Tunnel, from the makers of Broadchurch, returns for a gripping second series The Tunnel Sabotage. Clemence Poesy and Stephen Dillane resume the lead roles in this geopolitical thriller, which will broadcast on Sky Atlantic, and makes its DVD bow courtesy of RLJ Entertainment's Acorn label.

This tense, high octane thriller sees the investigative duo from opposite sides of the Channel - pragmatic, meticulous and newly promoted Commander Elise Wasserman (Poesy - In Bruges) and laconic but brilliant DCI Karl Roebuck (Dillane - Game of Thrones) - reunited to investigate the case of a French couple abducted from the Eurotunnel, leaving behind their traumatised young daughter. But when a plane carrying British and French passengers crashes in the Channel, killing everyone on board, they have far bigger questions to answer.

The pair pick their way through clues thrown up by a vast field of debris, forging connections as they go. But sinister and complicated forces are at play and in a terrifying game of brinksmanship, Karl and Elise will have to risk everything in the pursuit of true justice.

It is the beginning of a lethal mystery that will change both Karl and Elise's lives - and see many more lost - before they can unravel the dangerous and corrupted forces at play in The Tunnel: Sabotage.

This thrilling eight-part drama comes to DVD on 6th June 2016 and The Tunnel: Series One & Two DVD Box Set will be released on the same date. 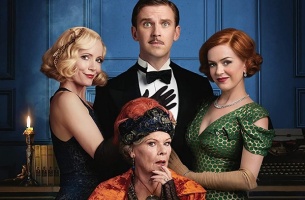 HotDVDBD
A spiritualist medium holds a seance for a writer suffering from writer's block but accidentally summons the spirit of his deceased first wife in Blithe Spirit, an adaptation of Noël Coward's play released on DVD and Blu-ray 26th April 2021 from Universal Pictures (UK). END_OF_DOCUMENT_TOKEN_TO_BE_REPLACED
Comments
Hot Pick