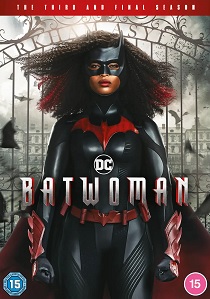 Season two saw Ryan Wilder step into her power to take on the mantle of Batwoman and expose Gotham City's institutional injustice. Now Ryan must lead the Bat Team in stopping the next wave of villains, who were created by the weapons lost in the Gotham River during the finale. And she'll have to do it with Alice by her side!

As a new generation of Rogues torment Gotham, Batwoman and Alice find themselves working together tro stop them. Their predicament means Alice will become an unofficial (and deeply resented) member of the Bat Team, threating to upend the teams's existing dynamics.