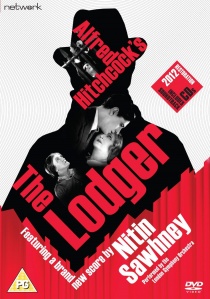 One of the film-making industry's greatest auteurs, Alfred Hitchcock undoubtedly earned his title as "The Master of Suspense", with his thrilling films loved by the viewing public over a career spanning many decades. Widely regarded as the first true "Hitchcock film", The Lodger is a masterclass in tension, displaying all the trademarks of what was to become known as the typical Hitchcock thriller.

On hearing reports of the seventh murder by "The Avenger", Daisy decides to stay with her parents. She is being courted by Joe, a detective, who gets suspicious when her mother rents a room out to a lodger - to whom Daisy is attracted. While the lodger is out Joe takes the opportunity to search his room - there he finds a gun, some press clippings of the killings and a map of the murders...