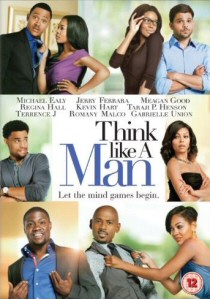 A hilarious ensemble cast headlines Think Like A Man, is coming to DVD on 15th October 2012 from Sony Pictures Home Entertainment.

The balance of power in four couples' relationships is upset when the women start using the advice of a popular book to get more of what they want from their men. When the men realise that the women have got hold of their relationship 'playbook,' they decide that the best defence is a good offense and come up with a plan to use this information to their advantage. Let The Battle of the Sexes begin!

Think Like A Man, was directed by Tim Story from a screenplay by Keith Merryman & David A. Newman based on the book Act Like a Lady, Think Like a Man by Steve Harvey. It was produced by Will Packer with Glenn S. Gainor, Rob Hardy, Steve Harvey and Rushion McDonald serving as executive producers. 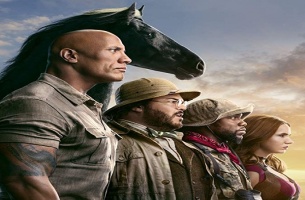 Jumanji: The Next Level

HotDVDBD3D-BDUHD
The grave course of events set in motion by Thanos that wiped out half the universe and fractured the Avengers ranks compels the remaining Avengers to take one final stand in Marvel Studios', Avengers: Endgame, released on DVD, Blu-ray, 3D Blu-ray and 4K-UHD 2nd September ... END_OF_DOCUMENT_TOKEN_TO_BE_REPLACED
Top PicksView