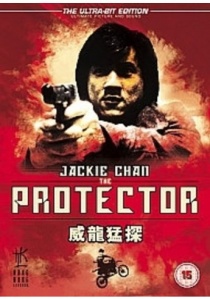 Now, released on DVD by Hong Kong Legends on 12th March 2007, The Protector comes to DVD for the first time in the UK, fully restored and presented as a special Ultra-Bit Edition boasting the ultimate in picture and sound quality. Long associated with showcasing films at their very best, with its Ultra-Bit Editions the Hong Kong Legends label continues its commitment to offering fans the very best in martial arts filmmaking presented like never before.

Suspecting Laura's disappearance may be linked to the world's largest heroin trafficking operation, Wong and Garoni are sent to Hong Kong where they immediately find their lives in danger from a seemingly endless array of would-be assassins, from deceptively beautiful female masseurs to powerful businessmen and even the local law enforcers. Boasting a series of chases and set-piece stunt sequences involving everything from cars, high-rise construction cranes, helicopters, speedboats and motorcycles that eventually culminate in a killer kung fu showdown between Chan and Wallace, The Protector has all the crowd-pleasing ingredients any Jackie Chan fan could wish for. 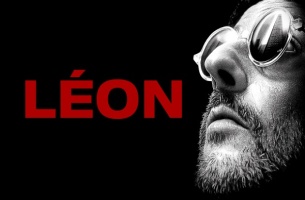 HotDVDBDUHD
In celebration of its 25th anniversary, one of Luc Besson's most incredible movies, Leon, has been restored to stunning 4K and is being released on 4K UHD, Blu-ray and DVD 11th November 2019 from StudioCanal. END_OF_DOCUMENT_TOKEN_TO_BE_REPLACED
Comments
UHD Releases News Pick

UHD
A 13-year-old girl named Meilin turns into a giant red panda whenever she gets too excited in Disney and Pixar's 25th feature film Turning Red, released on DVD, Blu-ray and 4K UHD 2nd May 2022 from Walt Disney Home ... END_OF_DOCUMENT_TOKEN_TO_BE_REPLACED
Top PicksView