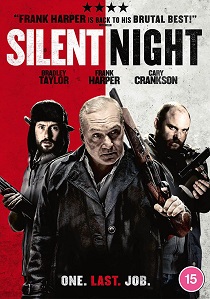 NewsThrillerCrime
News Article Go back to homepage
Mark, a low end South London hitman recently released from prison, tries to go straight for his daughter, but gets drawn back in by Alan, his former cellmate, to do one final job in Silent Night, released on DVD 28th December 2020 from Lightbulb Film Distribution.
Bradley Taylor, Cary Crankson, Frank Harper, Joel Fry, Sarah Leigh, Angela Terence
Will Thorne
Mark Lacey, Will Thorne
Lightbulb Film Distribution
1 hour 34 minutes
28/12/2020
#SilentNight
Thank you for supporting DVD365.net when you order using the link(s) below. As an Amazon Associate we earn from qualifying purchases
Buy DVD
Information

Recently released from prison, Mark (Bradley Taylor) attempts to reconnect with his daughter and hopes to give her a Christmas to remember.

Struggling to find work, he meets Alan (Cary Crankson), his former cell-mate, who encourages him to return to a life of crime. A decision made easier when Caddy (Frank Harper), a ruthless crime boss, blackmails him into doing one last job. 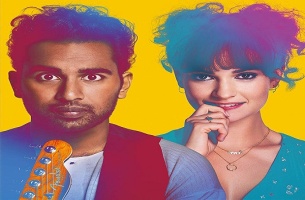 HotDVDBDUHD
In Yesterday, released on DVD, Blu-ray and 4K UHD 4th November 2019 from Universal Pictures (UK), a struggling musician realises he's the only person on Earth who can remember The Beatles after waking up in an alternate timeline where they never existed. END_OF_DOCUMENT_TOKEN_TO_BE_REPLACED
Comments
UHD Releases News Pick