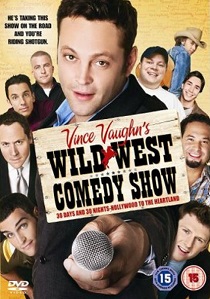 Vince Vaughn is taking his show on the road - and you're riding shotgun!

Catch the bus with superstar Vince Vaughn (Wedding Crashers, Dodgeball, Anchorman, The Break-Up) and four hand-picked comedians as they tour the country in Vince Vaughn's Wild West Comedy Show, arriving on rental and retail DVD on 30th June 2008 courtesy of Entertainment In Video.

Enjoy a unique backstage look at the comedians' lives on the road as they take their LA-based comedy show to regional audiences across the heartland of America to perform in 30 cities in 30 nights.

In the spirit of the old west variety shows, Vaughn plays host to this hilarious ensemble and performs improvisational sketches with surprise celebrity and musical guests. Through rousing onstage performances and behind-the-scenes interviews, this engaging film reveals the personal and professional challenges that will unite four comics, one movie star and legions of fans from Hollywood to the Heartland.

So hitch a ride on the tour bus for a party you'll never forget! 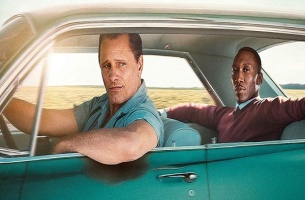