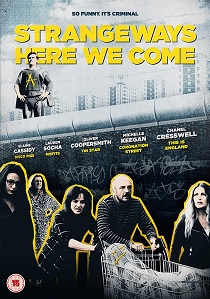 Sucked into debt and finding themselves trapped by evil loan shark Danny Nolan, the desperate residents of the Owen Street estate in Salford come to the conclusion that the only way to free themselves is by bumping him off.

One fateful morning, after a rollicking, sexy house party, that's exactly what happens. However, these are not professional killers and things unravel when a tough, uncompromising woman starts asking awkward questions. They think she's a copper, but Steph is Nolan's wife and she's twice as evil as he ever was.

Nervous hilarity, guilt and stumbling paranoia quickly set in. This is a 'We-dunnit" that cackles with wicked laughs, wild parties, community spirit and grisly twists and turns right up to the last second.

Strangeways Here We Come is released on DVD 8th April 2019 from Screenbound Pictures. 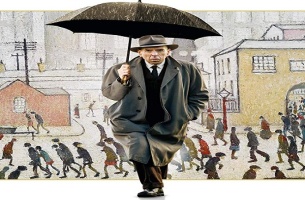 HotDVD
Mrs Lowry & Son, released on DVD 20th January 2020 from Vertigo Releasing, is the intimate and amusing story of the brittle relationship between L. S. Lowry - one of the greatest artists of the 20th century - and his bedridden, controlling mother. END_OF_DOCUMENT_TOKEN_TO_BE_REPLACED
Comments
BD Releases News Pick