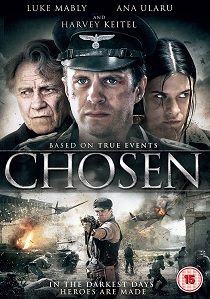 Based on remarkable true events during World War Two, Sonson is a young Jewish Hungarian lawyer living under German occupation. Devastated when the German authorities allow his ailing wife to die - and after they take away his sister-in-law Judith to a concentration camp, Sonson realises he can no longer sit on the sidelines of conflict.

He joins the Hungarian resistance and sets out to rescue Judith - the start of an inspirational fight back against the increasingly desperate and dangerous Nazis in the dying embers of the war, where Sonson will, in avenging the deaths of his people, save thousands of others.