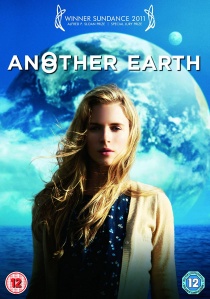 Immerse yourself in another world with the Sundance Award-winning, mesmerising drama, Another Earth available from 2nd April 2012 on Blu-ray and DVD from Twentieth Century Fox Home Entertainment. Directed and written by Mike Cahill and co-written by lead actress Brit Marling, Another Earth is a phenomenon not to be missed.

On the eve of a discovery of a duplicate Earth in the atmosphere above our own planet, tragedy strikes and the lives of two complete strangers become irrevocably intertwined.

Prior to that fateful night, Rhoda Williams (Marling, Political Disasters, Boxers and Ballerinas), was a young woman with a bright future at MIT, while John Burroughs (William Mapother, Lost, Mission Impossible: 2) was a brilliant composer about to have a second child with his loving wife. Afterwards, however, they are estranged from the world and the people they once were.

Struggling to come to terms with this altered reality, Rhoda reaches out John and the two slowly begin to reawaken to life, but when one is presented with the chance to travel to the other Earth and embrace an alternative reality, which new life will they choose?

Another Earth on Blu-ray and DVD is brought to you from the studio that brought you Black Swan and The Descendants and special features include featurettes with Brit Marling and William Mapother, a look at the science of Another Earth, Deleted Scenes and much more.