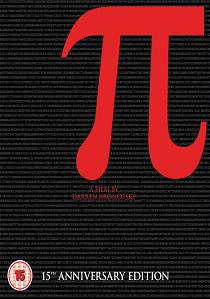 Darren Aronofsky is a filmmaking legend thanks to outstanding films like Requiem for a Dream and Black Swan. Celebrating its 15th Anniversary, Lionsgate Home Entertainment have announced that a special anniversary edition Blu-ray of surreal psychological drama Pi will be released on 12th August 2013.

Sean Gullete plays Max Cohen, a maths genius on the brink of a new discovery, and the edge of his sanity. Everything around him seems made up of patterns, and Max is trying to find one in the largest productions of ordered chaos: the stock market. With help from his giant computer system, Euclid, he tries to find a pattern in the stocks and shares that are traded every second. And after uploading a disk with a Hebrew alphabet, Euclid prints out a huge number that he thinks might be the very name of God.

Beset with headaches and hunted by those who would do anything to steal the code, Max is in a mess that he may not be able to work his way out of...

HotBDUHD
Sweeping the 60th Academy Awards and winning nine Oscars including Best Picture and Best Director, The Last Emperor arrives on Blu-ray and 4K UHD 13th February 2023 from Arrow Films in a brand new 4K restoration that will take your breath away. END_OF_DOCUMENT_TOKEN_TO_BE_REPLACED
Top PicksView