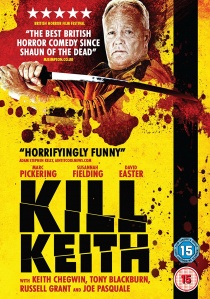 The nation's favourite, Keith Chegwin, has been entertaining the British public for more than four decades with his zany brand of cheeky chappy chuckles. From Swap Shop to Cheggers Plays Pop, The Big Breakfast to GMTV, his irrepressible, upbeat energy has kept him at the top of his game - King of the live broadcast. But his reign is about to come to a sticky and gory end.

Much loved television personalities are being gruesomely despatched using a variety of breakfast condiments and as the body count grows, so does the hysteria. There appears to be no stopping the Breakfast Cereal Killer as he marches relentlessly towards his ultimate goal ..... to Kill Keith!