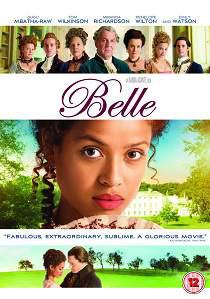 Dido (Gugu Mbatha-Raw) is the daughter of English Naval captain Sir John Lindsay (Matthew Goode) and an African woman. Sent to England to be raised on the Kenwood House Estate by her uncle, Lord Mansfield (Tom Wilkinson), Dido quickly realises that her ethnicity is problematic in upper class society. Though her cousin Elizabeth (Sarah Gadon) accepts her friendship immediately and the girls become inseparable, Lord Mansfield and Lady Mansfield (Emily Watson) are tormented by the question of Dido's social status.

As Dido points out, it leaves her in a somewhat lonely position to be deemed 'too good' to dine with the servants and 'not good enough' to entertain visitors, but when she meets dashing young lawyer John Davinier (Sam Reid) she discovers an Englishman who accepts her as she is and offers his hand in marriage. Can the couple's love overcome the conventions and prejudices of the time?

Featuring all eight episodes from this new world's latest evolution, along with close to two hours of bonus content including two exclusive featurettes, Westworld Season 3: The New World is released on DVD, Blu-ray and 4K UHD 16th November 2020 from Warner Home Video.