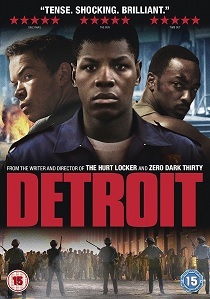 NewsDramaCrime
News Article Go back to homepage
From Academy Award winning director Kathryn Bigelow, Detroit, released on DVD and Blu-ray 8th January 2018 from Entertainment One, tells the gripping story of one of the darkest moments during the civil unrest that rocked Detroit in the summer of '67.
John Boyega, Will Poulter, Algee Smith, Jacob Latimore, Jason Mitchell
Kathryn Bigelow
Kathryn Bigelow, Mark Boal, Matthew Budman, Megan Ellison
Entertainment One
2 hours 23 minutes
08/01/2018
#Detroit
Thank you for supporting DVD365.net when you order using the link(s) below. As an Amazon Associate we earn from qualifying purchases
Buy DVD
Buy BD
Information

From Kathryn Bigelow, the award-winning director of The Hurt Locker and Zero Dark Thirty, comes the gripping story of one of the most terrifying secrets in American history as Detroit is released on DVD and Blu-ray 8th January 2018 from Entertainment One.

John Boyega (Star Wars: The Force Awakens) plays a Detroit security guard caught in the crossfire after a late-night police raid sparks a wave of violence that spirals out of control.

The Blu-ray and DVD are loaded with special features on this history surrounding the events portrayed in the film, including five behind-the-scenes featurettes and a music video featuring Algee Smith and the real Larry Reed from The Dramatics. 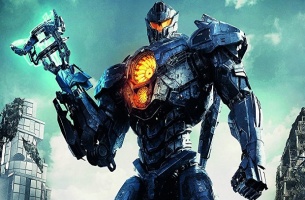 HotDVDBD3D-BDUHD
The globe-spanning conflict between otherworldly monsters of mass destruction and the human-piloted super-machines built to vanquish them was only a prelude to the all-out assault on humanity in Pacific Rim: Uprising, released on DVD, Blu-ray, 3D Blu-ray and 4K UHD 30th July ... END_OF_DOCUMENT_TOKEN_TO_BE_REPLACED
Comments
UHD Releases News Pick